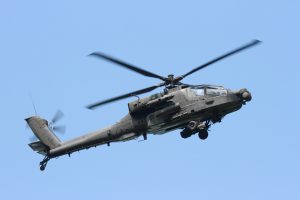 The twelfth edition of the Air-centric Personnel Recovery Operatives Course (APROC) was held successfully in The Netherlands for the first time during May and June 2018. Airbase Gilze-Rijen hosted helicopters and aircraft from no less than 7 countries. The Netherlands, France, Italy, Poland, Spain, Sweden and the United Kingdom all sent one or more helicopters, while also some Dutch F-16s plus two Italian EF.2000s and two E-550A Gulfstreams participated. Belgium, Canada, Denmark, Germany and the USA took part with ground forces only. 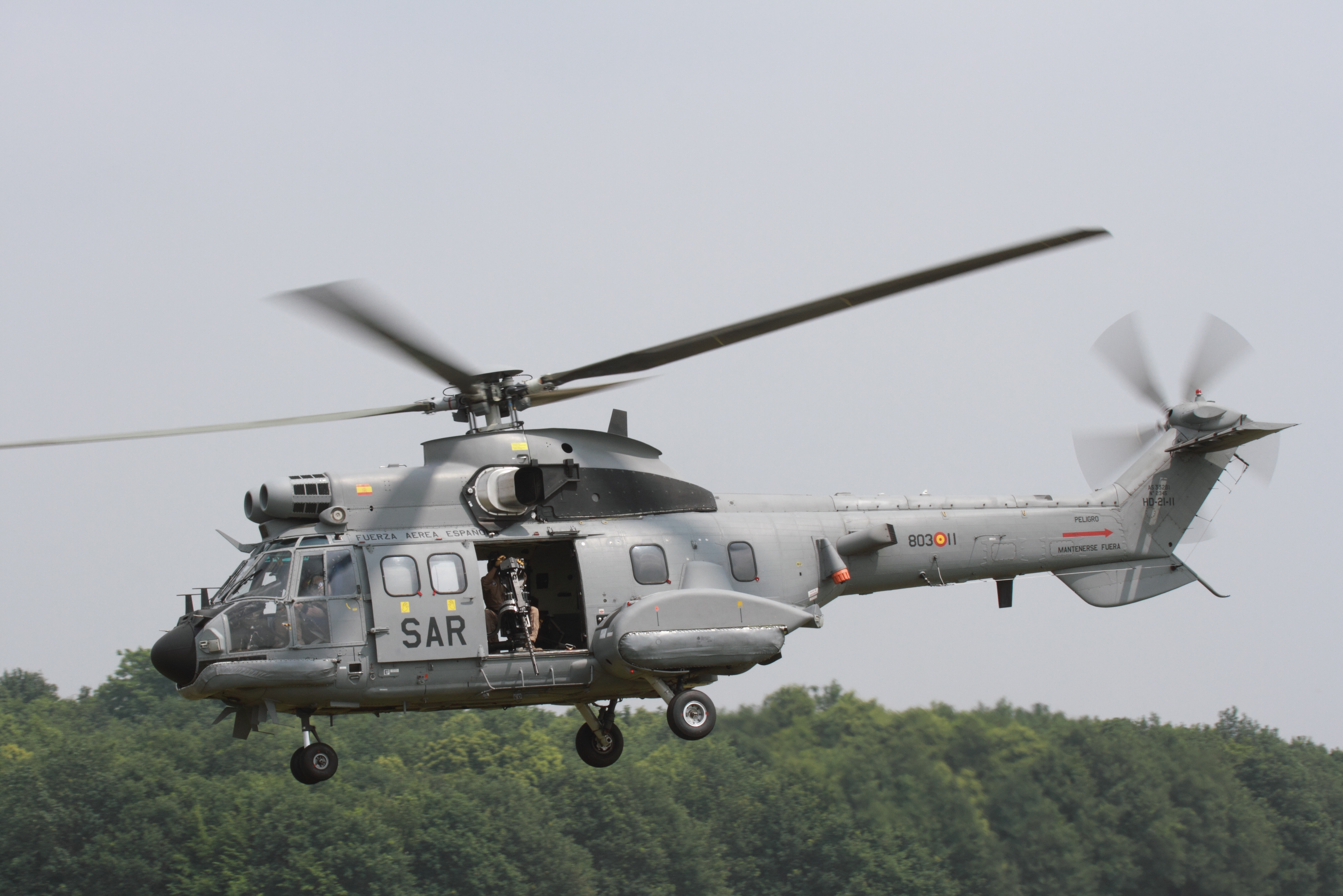 Spanish AS.332 taking off after picking up a wounded soldier, with the door-gun for self-protection clearly visible

The exercise is organised annually by the European Personnel Recovery Centre (EPRC). It is aimed at rescuing downed aircrew or other trapped soldiers from hostile areas, so-called personnel recovery. The fighter aircraft provided fixed wing RESCORT (rescue escort), with Mi-24, AH-64 and AS.555 helicopters acting as rotary RESCORT. The other participating helicopters (CH-47D, NH.90, AS.332, Merlin, H-101 and UH-60) were used for the actual extraction of the aircrew. Most notably however was the participation of the Italian E-550A Gulfstream, a brand new and unique Conformal Airborne Early Warning and Control (CAEW) aircraft. 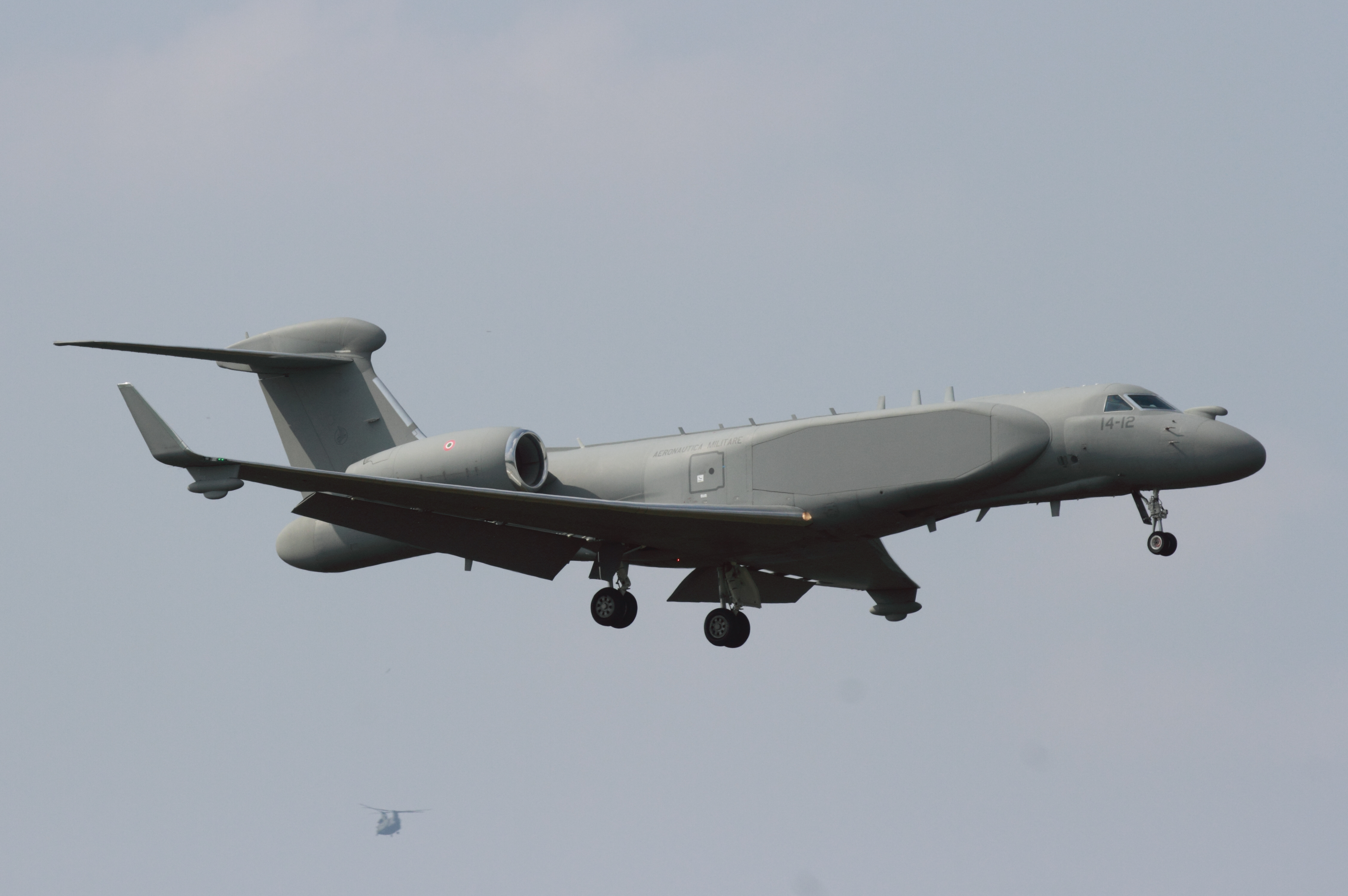 The E-550A is based on the Gulfstream 550. To serve in the CAEW role, Israeli Aircraft Industries built in an active electronically scanned array (AESA) four-dimensional radar providing 360º detection, identification and tracking of both airborne and surface targets. Integrated is an electronic support measures system, which measures emitters at a wide range of frequencies also with 360º coverage. Furthermore the aircraft is fitted with a self-protection system (SPS) that includes active and passive sensors and countermeasures against incoming missiles, plus a NATO-compatible communications system that has been jointly developed by Elta and Leonardo. Its 10 hours endurance and 12.000 km range make the E-550 a valuable asset for surveillance. With the first aircraft delivered to the Italian air force at the end of 2016 and the other one only beginning of 2018, this exercise was a serious test for the heavily modified Gulfstreams. And they lived up to their task of Airborne Mission Coordinator (AMC), which was extra useful because the planned participation of NATO and French E-3 AWACS as AMC was cancelled due to lack of available aircraft. 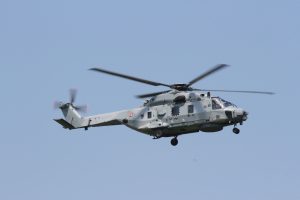 French NH.90 coming in to pick up downed aircrew 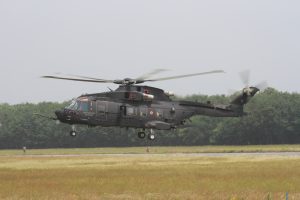 Italian HH-101A Caesar leaving for another mission. Its aerial refuelling tube is a notable feature

During the exercise 26 missions were flown in 9 days, which totalled to just over 140 sorties and 300 flying hours of the participating aircraft and helicopters. Multiple exercise areas were used, both in The Netherlands and Belgium, with changing groups of around 5 helicopters flying their own daily mission. This way the participants were able to train the personnel recovery mission profile in a realistic and international environment that uses the processes and structures found in international operations, as are often carried out nowadays. As said the exercise was a success, with all 190 participants graduating. However the relatively new integration of both fixed wing and rotary assets in APROC scenarios proved difficult and will no doubt be a point of focus during the next edition, which will be held in 2019 at Zaragoza airbase in Spain. 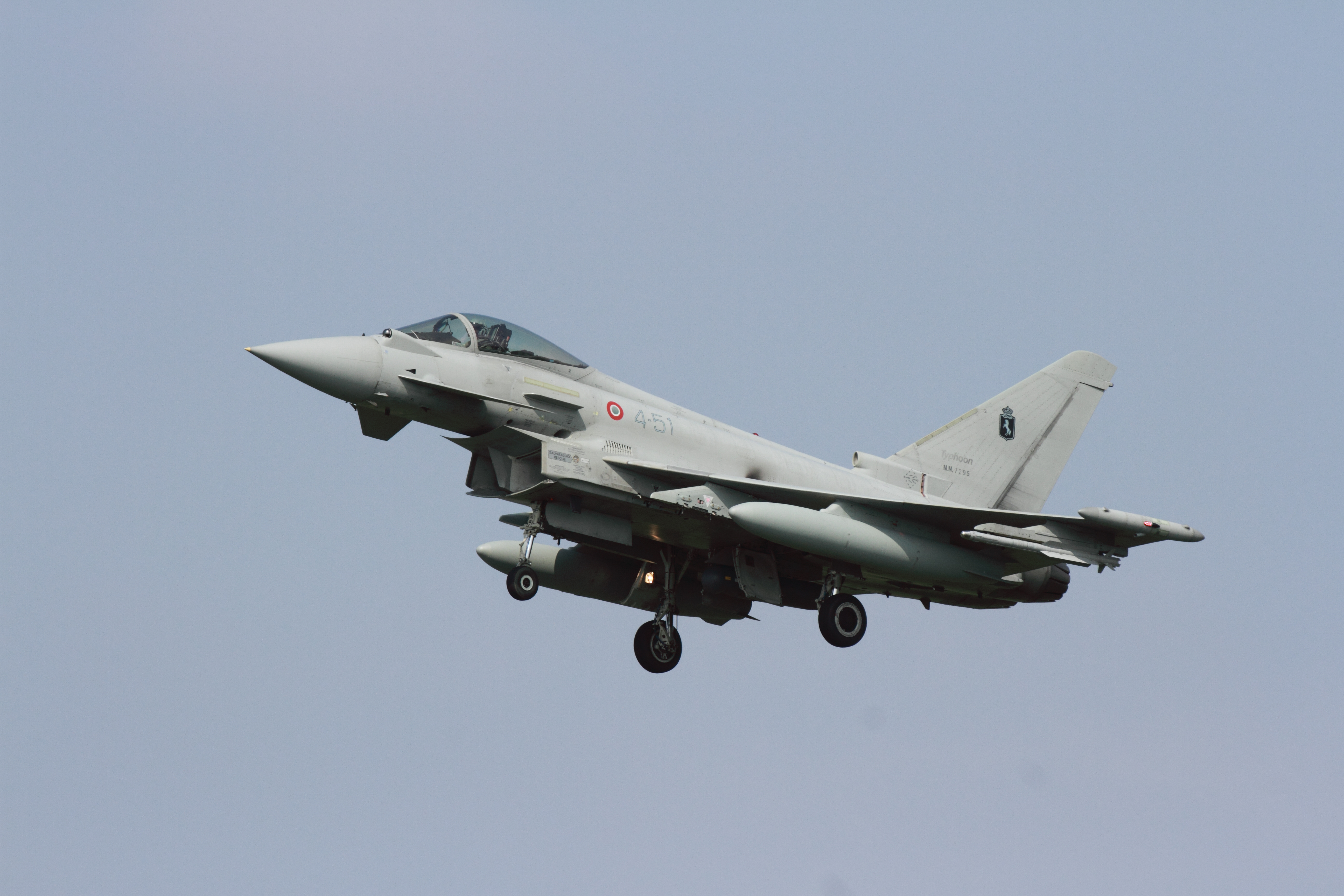