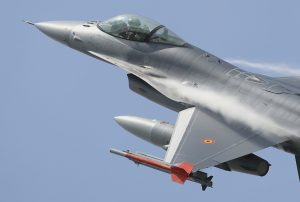 From the 7th of June till the 16th of June, the First squadron of the Belgian Air Force organized the Tactical Weapon Meet (TWM) international air exercise at Florennes Air Base.

The TWM is organized in honor of the First squadron “Stingers” Centennial. The First Squadron also known as the “Thistle Squadron” is the oldest Belgian squadron still in service. Born from the “Compagnie des Aviateurs”, the Scottish thistle was chosen as an official emblem. Former Stingers were inspired by the prickly edges of the Scottish thistle to create their motto: “Nemo me impune lacessit”, no one can provoke me with impunity. 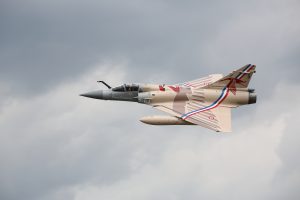 The aim of the TWM is to share, amongst allies, the experiences aquired on operational missions or international exercises over the last few years. The Polish Air Force sent three MiG-29’s of the 23BLT 1ELT Squadron at Minsk. The Greek Air Force joined with two F-4E(AUP) Phantoms from 338MDV of the 117Mira based at Andravida. Three Spanish Air Force EF2000’s from ALA based at Moron were joined by three F-2000A’s of the Italian 4 Stormo based at Grosetto. The Royal Air Force sent two Hawk T1 aircraft from 100 Squadron, RAF Leeming, to support the Red Air components. German Luftwaffe EF2000’s joined the TWM but flew their missions from their homebase. During the final stage of the second week, Mirage 2000-5f’s from EC1/2 Cigognes Squadron joined the TWM too. 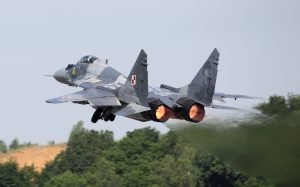 The first week has been dedicated to close air combat. Basic Fighter Manouvres (BFM) were practised on 1v1 level. According the pilots this was an amazing opportunity to learn from the others and to aquire a better understanding of the performance and agility of all the involved aircraft.

During the second week Composite Air Operations (COMAO) took place. It involved simulated real live operations above “enemy” territory with close air support in a non-permissive enviroment (air threat+ electronic warfare). 2v2 such as EF200’s and F-16’s took to the skies to compete against F-4’s and MiG-29’s.

To accomodate this complex COMAO, airspace was reserved above Florennes Air Base. Temporary Segregated Area(TSA) 26 was reserved at high, medium and low level. Also the Temporay Reserved Area (TRA) 205 and 305 near Spangdahlem Germany were reserved for this TWM. 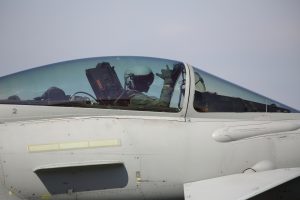 This event was a great opportunity for Florennes air base staff to train at their home base. Training and collaborating with foreign allied air crew also imporves interoperatibility of aircrew in an operational context.

To celebrate the Stingers Centennial, F-16AM FA-132 is in black and yellow colours. this F-16 nicknamed “Blackbird” is painted by the famous designer Didier Wolff.
With many thanks to the 1 Squadron Stingers who made this visit possible and supplying photos and information. 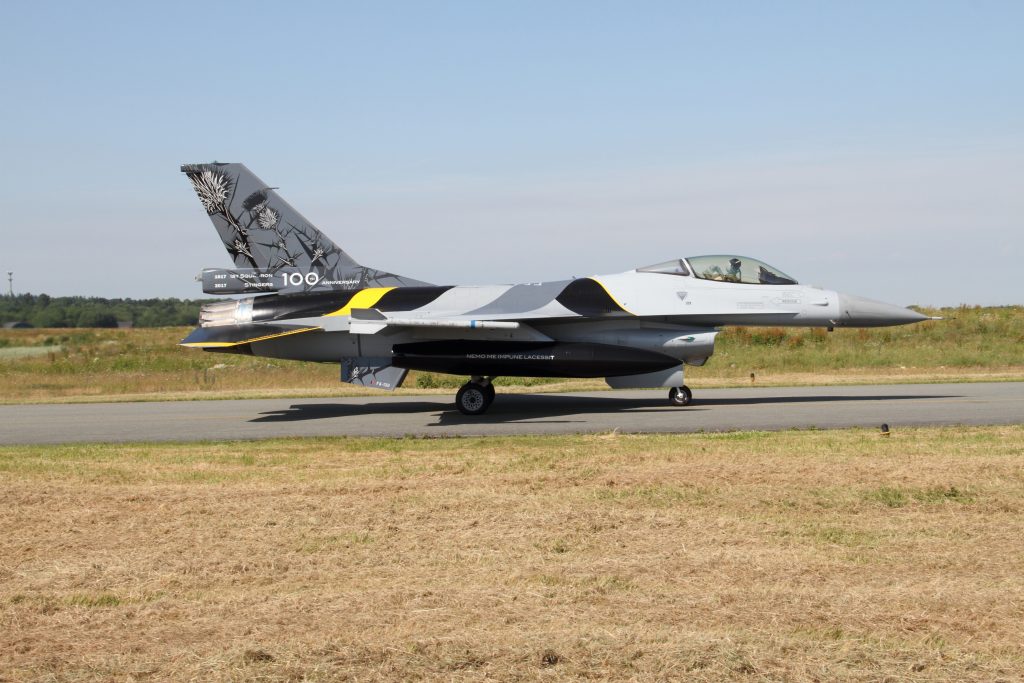