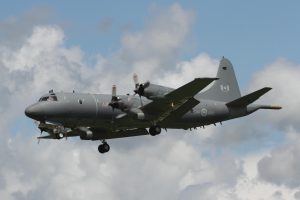 Canada has a proud history regarding their participation during World War II and D-day. This year saw the 75th birthday of the famous day that started the liberation of Europe from the Nazis.

When the Allies were ready to fight their way back into occupied Western Europe in 1944, the French region Normandy was the location they chose to do this. During ‘Operation Overlord’, as the undertaking was called, five landing zones were divided over the participating Allied nations. Of those, Juno Beach was the designated Canadian landing zone. On D-day already before dawn over 450 Canadian paratroopers landed behind enemy lines, followed by some 14.000 Canadian troops that arrived by boat. At the end of the day they had managed to fight their way inland the furthest of all Allied troops, albeit with heavy casualties. It would still take some months and more than 5.000 casualties before the Nazi Reich was defeated, but the Canadian contribution in the liberation of Western Europe was a significant one for sure.

In June this year the Canadian Armed Forces participated in the remembrance activities in Normandy under the name ‘Operation Distinction’. Some 300 personnel were involved in activities like parades, flag parties, wreath laying, gun salutes and static displays. Furthermore a military band was present and also support was provided for participating veterans. The RCAF was present with a CP-140 Aurora from 405 squadron at Greenwood and a CC-130J Hercules from 436 squadron at Trenton. Both aircraft participated in a ceremonial flypast over Juno Beach on June 6th, honouring the Canadian contribution to D-day. One of the witnesses of the flypast was the Canadian Prime Minister, who had been flown in in a CC-150 Polaris.