The Kazakhstan Defence Expo, KADEX 2016 for short, is one of very few possibilities to see the Kazakh Air Force in action. This year the biannual exhibition was held for the fourth time, and after a relatively slow edition in 2014 this edition again had a lot of interesting aircraft on view. Present were no less than 6 upgraded Su-27s and three brand new Su-30s, most of which flew a demonstration every day. But for many the highlight of the show arrived after the official closing ceremony when An-12 18 red landed as support for the fighters.

Every day an impressive air power demonstration was flown, combined with a ground show of special forces. No less than three locally assembled EC.145 participated in this. There was big emphasis on helicopters anyway. “The use of helicopters as one of modern means of warfare can further increase the power of armed forces. These rotor-driven machines are indispensable during

operations conducted by special forces, for fighting illegal armed groups, terrorists, drug trafficking and for border patrol.”, said Russian Helicopters’ CEO Alexander Mikheev. This was proven with daily demonstrations of the new multirole Ansat-K and upgraded Mi-35M and Mi-17V-5. The Russian delegation also consisted of Irkut with the Yak-130. 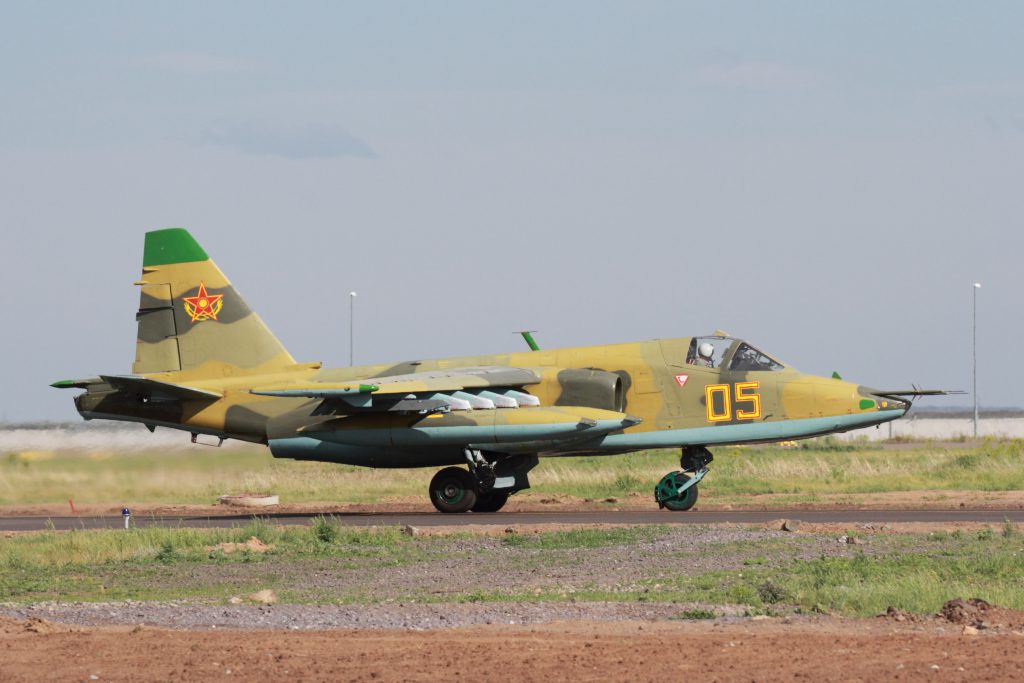 Furthermore many helicopters could be seen on the ground, from a massive and battle proven Mi-26 to a small but agile Ansat. There were also many different versions of the well-known Hip helicopter, amongst others brand new Mi-171s but also a heavily upgraded Ukrainian Mi-8. The last one also daily demonstrated its agility with an impressive demonstration flight.