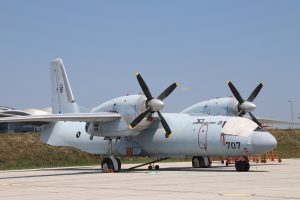 In October a team of Ukrainian specialists from Antonov and Motor Sich visited Zagreb-Pleso airbase to inspect the two An-32 transport aircraft that are stored there. The Croatian Air Force currently rely on a fleet of Mi-17 and Mi-171 helicopters for transport, but are examining the possibility of putting the An-32’s back in service. 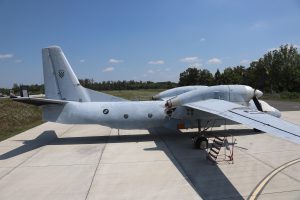 The aircraft, that were built in 1992 and were acquired by the Croatian government in 1996, are still low on hours. They have been grounded since September 12th, 2012, when serial number 727 made its last landing at Pleso. The other aircraft, serial 707, was already stored at that time and both aircraft have been parked in a corner of the platform since. First reports about the state of the aircraft were optimistic, leading to hope of having them in the air again within a short timeframe. 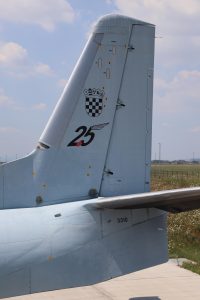 In December 2016 the Croatian Air Force celebrated their 25th birthday. Despite being stored already, for this occasion An-32 707 was adorned with a special marking on the tail.

Thanks to Lt Col Samir Ćorić for his help!

This article was also published (in Dutch) on the main Dutch aviation news website, see here.